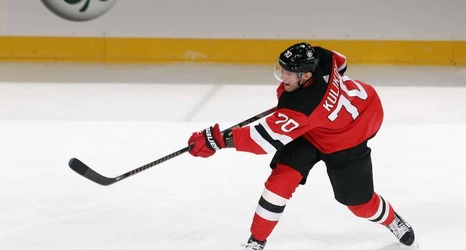 The NHL’s trade deadline is coming today and the Devils remain active.

NHL Network analyst Kevin Weekes reported first that the Devils are trading veteran defenseman Dmitry Kulikov to the Edmonton Oilers. New Jersey is reportedly receiving a conditional draft choice back from the Oilers.

Kulikov, 30, appeared in 38 games for the Devils this season. He was credited with two assists.

Dimitry Kulikov, acquired by EDM, is a pretty solid defensive defenceman who's having himself a great (probably sample-size-outlier) season for the Devils. #LetsGoOilers pic.twitter.com/tHqkau4qL8