NHL Rumors: Anderson and the Blue Jackets … Zajac, Greene and the Devils 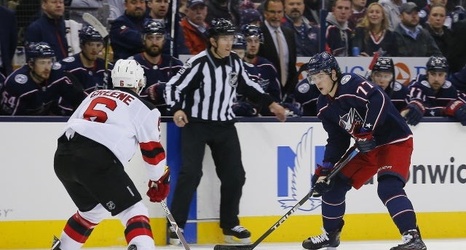 Aaron Portzline of The Athletic: A perfect world would see the Columbus Blue Jackets signing pending RFA Josh Anderson to a long-term extension after the season. There a sense around the league though that Anderson could be moved at the trade deadline or – more likely – in the offseason.

Teams have been eyeing Anderson for a while. Anderson’s agent and Blue Jackets GM Jarmo Kekalainen had a tough during last contract talks in which Anderson missed training camp.

Anderson is owed a $2.1 million qualifying offer. He’s arbitration-eligible and a year away from unrestricted free agency.