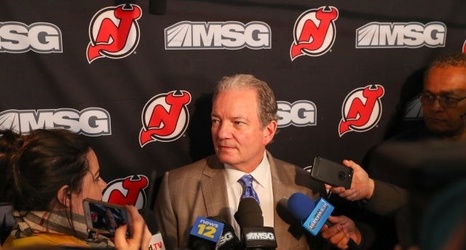 The New Jersey Devils fired GM Ray Shero yesterday in a surprising. Tom Fitzgerald will be the interim GM. Whoever becomes their full-time GM was left with some nice pieces in place.

Once the shock factor of Ray Shero’s firing as New Jersey Devils GM wore off Sunday evening, an examination of the Devils’ roster should be reassuring to the team’s fan base.

Yes, this season has been one massive cratering, with New Jersey currently tied for second-last spot in the league. But go surface-scratching, and you’ll find that whomever takes over permanently for Shero – longtime NHL player and highly respected hockey manager Tom Fitzgerald will run the team in the interim – is going to inherit a team that isn’t all that far away from being a legitimate playoff contender.