New Jersey Devils: Where Does Jesper Boqvist Go From Here? 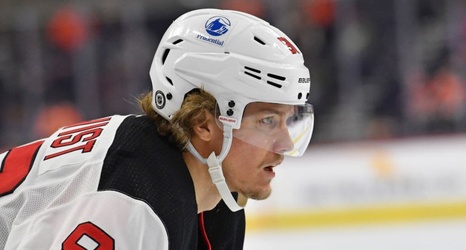 The New Jersey Devils learned a lot about the roster this past season. A lot of it was good. Yegor Sharangovich became a breakout star after a successful stint in the KHL. Janne Kuokkanen showed he was exactly what the Devils hoped when they traded Sami Vatanen to the Carolina Hurricanes. Jack Hughes pushed himself to a superstar trajectory. These are all great progressions for this young roster. One player who did not progress positively is Swedish winger Jesper Boqvist.

Most fans probably don’t realize the actual NHL chance Boqvist got this season.