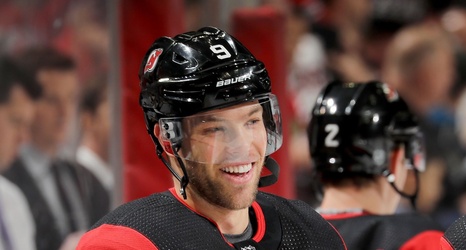 The New Jersey Devils are going to trade Taylor Hall in all likelihood. It is sad because he is one of the best players to ever play for the organization. He won the Hart Trophy as the Most Valuable Player of the National Hockey League. He’s been an elite point producer during his time with the Devils. Hall has a contract that is expiring and is more interested in reaching free agency than he is seeing this rebuild through. It isn’t a knock on him since he has earned that right, but the Devils cannot lose him and get nothing in return.