New Jersey Devils Now Have To Compete With Gerard Gallant 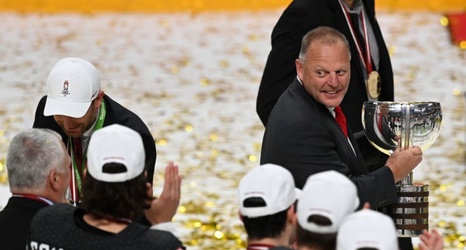 Last offseason, the New Jersey Devils had a long-ranging search for a head coach. Every big name that was available was on their list. Peter Laviolette was the favorite for a while, but rumors say he wanted too much money. Alain Nasreddine was an in-house option after he got a lot more out of the roster than John Hynes did, but his similar system seemed like it was only going to look exactly the same.