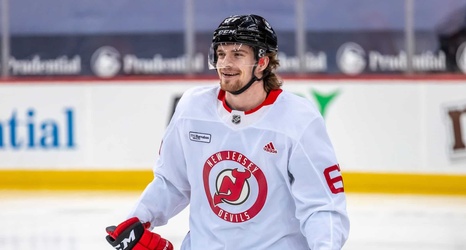 New Jersey Devils fans were in for a treat on Sunday morning when it was revealed that prospect Marián Studeniu010d was skating with the team at practice.

Not long after, it was announced that the 22-year-old Slovak would be making his NHL debut Sunday night against the Pittsburgh Penguins.

u203cufe0fMarian Studenic will make his NHL debut tonight, he confirms.

A right winger, Studeniu010d was selected by the Devils in the fifth round of the 2017 NHL draft.