New Jersey Devils: How Far Should We Look Into Owen Power’s Comments? 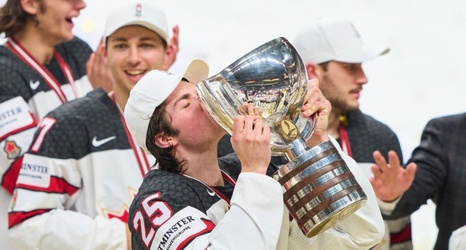 Michigan defenseman and most analysts’ top prospect in the 2021 NHL Draft Owen Power was asked on NHL Now what he was thinking of doing with his future in hockey. He’s expected to be the number-one overall pick to the Buffalo Sabres, so he could likely jump right into the NHL. However, he said he’s leaning towards going back to the University of Michigan.

That sent social media into a storm of opinions. Going back to school leaves him at risk of wanting to stay in school.