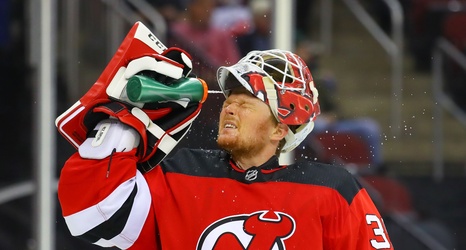 Only one player in all of the National Hockey League that’s played at least 60 minutes at 5v5 has a worst save percentage than Cory Schneider in the first month. Winnipeg Jets netminder Laurent Brossoit has a .841 save percentage, while Schneider is sitting here with a .864. It’s about the worst possible scenario for the New Jersey Devils, as a lot of the hope for the season sat on the shoulders of Schneider. When accounting for special teams, Schneider is the absolute worst.

This sounds familiar. Much of last season, Schneider was the worst goalie in the league.