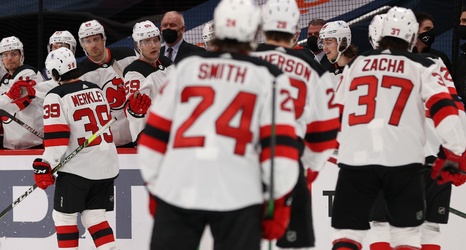 Every year, there are players that used to be highly-rated prospects that the New Jersey Devils just give up on. It happens every single year. Sometimes it’s because the prospect is getting too old and the team wants to move on. Other times, it’s because the team decided to take an opportunity elsewhere. The way that free agency works in the NHL is complicated, and there are times where minor league players get to leave earlier than expected.

Two seasons ago, there were a few players who got a surprising shot on the NHL roster.