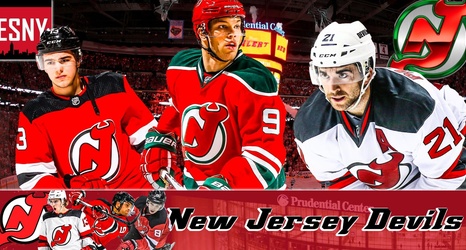 The New Jersey Devils put up a strong fight against one of the best teams in the league, the Washington Capitals, on Thursday, but it wasn’t enough.

They lost 4-3 in a hard-fought game, but they’d look to come back from that loss in game two of a back-to-back against the Capitals.

Head coach Lindy Ruff made some changes to the lineup in hopes that the outcome of the game would be different on Saturday.

Jesper Bratt and Kyle Palmieri would play on the wings of Pavel Zacha instead of Jack Hughes.

Hughes would feature on an interesting line, including Andreas Johnsson on the right wing tonight and Jesper Boqvist, who hasn’t played since Jan.