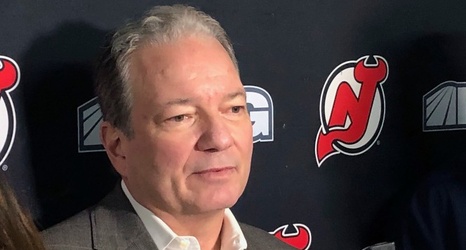 The Devils fired general manager Ray Shero on Sunday, the team announced, marking the end to a roller-coaster four-plus-year tenure that resulted in just one playoff appearance and two first-overall picks.

The firing comes a month after Shero canned head coach John Hynes. The Devils currently are 28th in the league at 16-21-7.

Assistant general manager Tom Fitzgerald will take over as the interim GM, while Devils legendary goaltender Martin Brodeur will serve as an advisor to hockey operations.

“In the coming weeks and months, we will be launching a formal search for a new General Manager,” the team said in a statement.