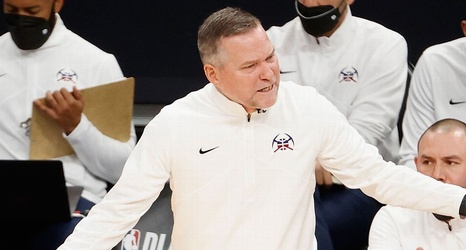 Denver Nuggets coach Michael Malone said he felt his team "quit" in Wednesday night's 123-98 loss to the Phoenix Suns in Game 2 of the Western Conference semifinals.

"I felt we quit tonight, which is something you never want to see," Malone said. "So I guess for Game 3, I'm just going to try to find guys that will at least go out there and leave it all on the line. I may have a hard time coming up with five guys that fill that, but these two games, these second halves have really been disappointing, and that's an understatement.