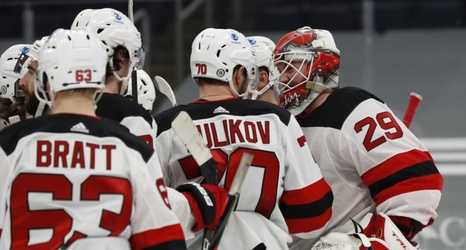 The New Jersey Devils season went off the rails back in February when they were hit with a COVID-19 outbreak. The team was off the ice for two weeks, and when they returned, it was bad. After winning two games right away, the losses started to pile up. Between February 20 and March 14, the Devils lost 12 of 14 games. At that point, the Devils were already 12 points out of fourth place in the East Division. It seemed like once again, the season was over way earlier than fans would have hoped.