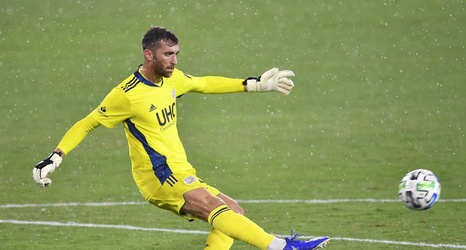 Matt Turner has European ambitions but for now he’s focused on the New England Revolution.

Turner recently obtained his Lithuanian passport, which will help him make a move overseas. This moment was the culmination of a multi-year journey that began when the netminder wasn’t getting much domestic attention.

“The Lithuanian passport was an avenue I explored when I didn’t get invited to the MLS combine and I didn’t get picked in the MLS SuperDraft.” Turner told media after Tuesday’s win over D.C. United. “I went through some heritage and was able to [get the passport].