The Chargers' Philip Rivers won't curse, but he'll still heckle you off the field 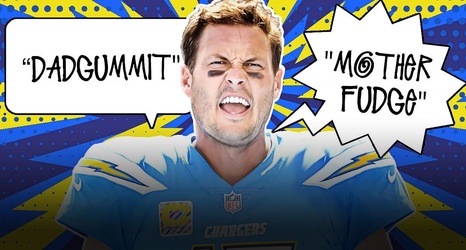 Nothing unusual. It was just before halftime of an otherwise unmemorable Monday Night Football game, and the medical staff was more than ready to tape up the quarterback's wounded arm.

"This s--- happens all the time," Rivers said, heading toward the sideline.

That's what David Chao thought he heard. Chao worked as the Chargers' team doctor from 1997 to 2013; he and Rivers talked about the incident recently on a podcast.