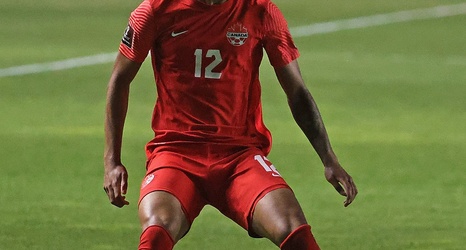 After picking up a 1-0 win over Haiti in Leg 1 on Saturday, Revolution midfielder Tajon Buchanan and Team Canada returned to World Cup Qualifying.

A big game for both sides as Canada and Haiti were looking to advance to the final stage of World Cup Qualifiers. Canada had the slight advantage entering Leg 2 with a 1-0 lead on aggregate after a Cyle Larin goal in the 14th minute of Leg 1. Canada needed a win or draw in Tuesday’s match to move on.

Before the start of the match, Haiti fell under controversy as multiple players were unable to obtain visas in time to travel to Bridgeview, Illinois, the venue for Tuesday’s game.