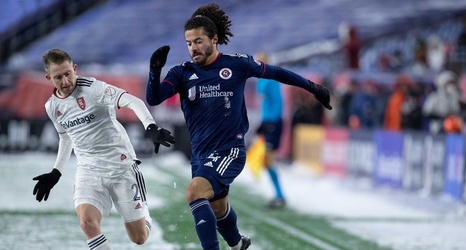 While Saturday night was mostly a nightmare for New England Revolution fans, there was one bright spot.

Among a heavily rotated squad, a debut occurred. Ryan Spaulding got his first MLS start and he took advantage of the opportunity.

“Yeah, it was a dream come true getting my MLS debut,” he said. “Obviously, not the conditions I would’ve even thought about playing in and obviously it’s a tough result. [It’s] definitely not what we were going for. I thought it was a good performance up until the last 15 minutes, and then, we kind of just lost it from there.