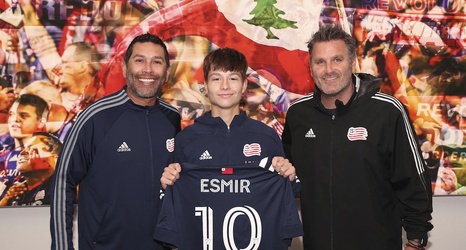 New England Revolution II made their first offseason transaction Thursday as midfielder Esmir Bajraktarevic became the sixth graduate of the Revolution Academy to earn a professional contract with Revs II.

At 16-years-old Esmir Bajraktarevic becomes the second-youngest player to sign a professional contract with Revolution II.

Bajraktarevic joined the Revolution Academy’s residency program in August of 2021 and has turned heads within the organization with his on-field capabilities.

“When Esmir joined our Academy program over the summer, we knew he would make an immediate impact with his talent and ability on the field…We are proud to see Esmir make so much progress in such a short span, a sign of our Academy’s continued growth, and we are excited to see his development continue at the professional level next season.