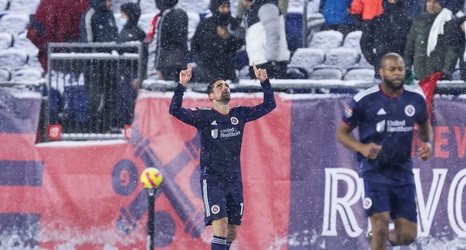 It was a snowy Wednesday night at Gillette Stadium but that didn’t stop the New England Revolution from picking up the 3-0 victory.

It might not have been a full stadium but the excitement was in the air as Concacaf Champions League play returned to New England.

There were some changes to the starting XI as Arnór Traustason got his first start of the season. Tommy McNamara ended up on the bench thanks to this move and Brad Knighton also made his return to the bench after missing games due to a head injury.