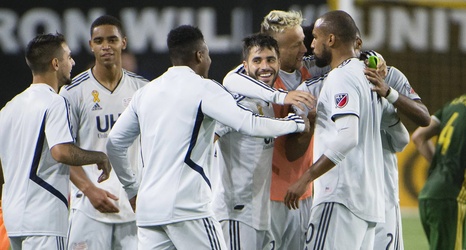 Fans across New England defied the Sandman to watch the Revs traveled to Providence Park to take on the Portland Timbers. They were rewarded with a late comeback, as the New England Revolution grabbed a crucial road point.

The Revs were coming off a 0-0 draw against Real Salt Lake, while Portland was looking to score a goal after being shut out in their previous three matches at Providence Park.

Both teams were unable to make a dent on the scoreboard in the first half. Juan Fernando Caicedo was able to muscle his way into the box in the 5th minute but wasn’t able to capitalize.