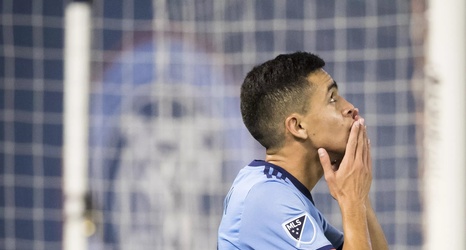 Referee Silviu Petrescu was at the center of Saturday’s game against the New England Revolution and New York City FC in more than one way. The referee made several big calls, as NYCFC beat the Revs 2-1.

Bruce Arena made two changes to last weekend’s starting XI and both made immediate impacts.

Juan Fernando Caicedo, making his first start since Jul. 17, scored in the third minute when he fought off Sebastien Ibeagha to collect his fifth goal of the season. Andrew Farrell earned the assist with a long through ball.