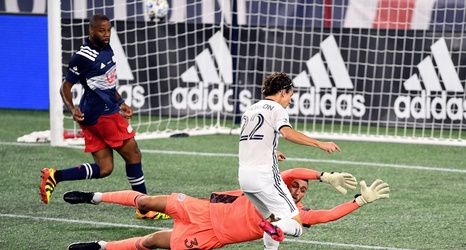 It’s been 309 minutes since the New England Revolution have scored a goal, but at least the defense is doing its job.

The Revs played 90 scoreless minutes on Thursday, though they did keep the Philadelphia Union off the board.

The Revolution’s game plan was to quickly transition into the attack after winning the ball. This way, they could capitalize on the space behind Philadelphia’s outside backs.

The home team did have chances. Cristian Penilla had a nice run in the 10th minute that was blocked by a sliding defender. Three minutes later, Adam Buksa rattled the post with his close-range opportunity.