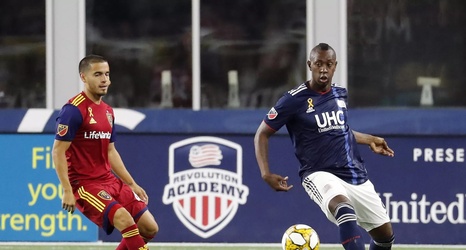 Juan Fernando Caicedo won’t return to the New England Revolution, according to a report from ESPN.

J. Caicedo, 30, joined the Revs on Dec. 20 on a one-year loan from Colombian side Independiente Medellin. The striker, who was signed using Targeted Allocation Money, only started 13 of the 27 games he appeared in. He registered five goals and two assists, hardly the haul that some were expecting.

The Revs could’ve retained J. Caicedo’s services by exercising his transfer option but it appears that they’ve declined to do this.

J. Caicedo is now set to return to Medellin, the club he was with for four years before heading to New England.