Report: Adam Buksa verbally agrees to a move away from New England 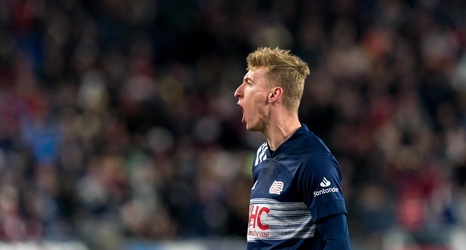 Just days after rumors of Serie B-side Pisa’s interest in Adam Buksa, reports from La Nazione indicate the Polish striker has said “yes” to a potential move to Pisa. Initial reports indicated that Pisa was ready to offer a $9.5 million fee to acquire Buksa. Pisa currently sits atop Serie B standings with 35 points through their first eighteen games.

Since joining New England in January 2020, the Karków-native has twenty-two goals and six assists over 54 appearances. Buksa comes off a productive year where he finished first in the Revs and tied for third in the MLS Golden Boot race with 16 goals.