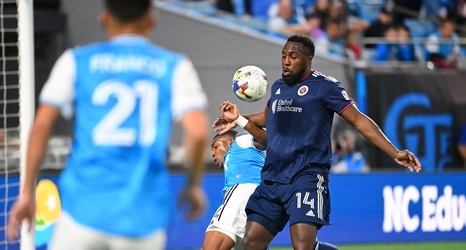 The New England Revolution paid their first visit to the Queen City as they returned to action for the first time since their heartbreaking exit from the Concacaf Champions League.

It was already a rough week for the New England Revolution, who came into Saturday’s match after blowing a 2-0 lead as RSL netted three goals in the closing 15 minutes. Their week went from bad to worse as their 3-0 lead from the first leg evaporated on the road as penalty kicks against Pumas did not go their way.

With injuries and tired legs, three changes were made from Wednesday’s lineup against Pumas as Ema Boateng, Tommy McNamara, and Jozy Altidore featured in the starting lineup.