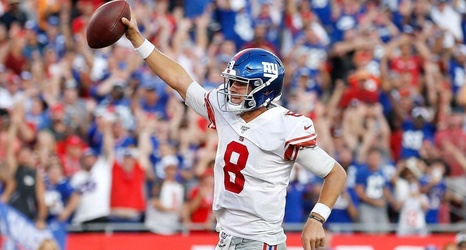 TAMPA, Fla. -- Rookie quarterback Daniel Jones had an impressive first start in place of Eli Manning, rallying the New York Giants from an 18-point first-half deficit to a 32-31 victory over the Tampa Bay Buccaneers on Sunday.

Jones accounted for four touchdowns, including a seven-yard score that put the Giants ahead for the first time with 1:16 remaining in the game.

Jones finished 23-of-36 for 336 yards with two passing and two rushing touchdowns, flashing the poise and playmaking ability that made them fall in love enough to make him the No.