Omar Gonzalez: “I want to win and that’s why I’m joining the Revs” 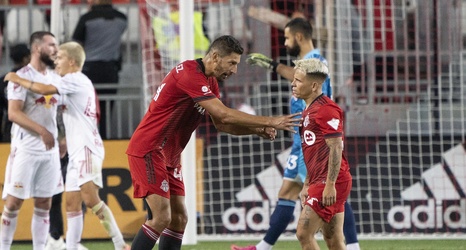 The New England Revolution announced on Wednesday that they have signed Omar Gonzalez to a two-year deal and the 33-year-old center back also met with the media that afternoon.

The MLS veteran has nearly 250 league appearances along with 31 appearances in international club competitions.

While a starter in Toronto FC, Gonzalez seems to understand that he won’t have the same role in New England.

“They’re a well-established group,” he said. “They played really well last year. Obviously, [Henry] Kessler and [Andrew] Farrell are a great center-back pairing. I think I’m coming in to add to the competition.