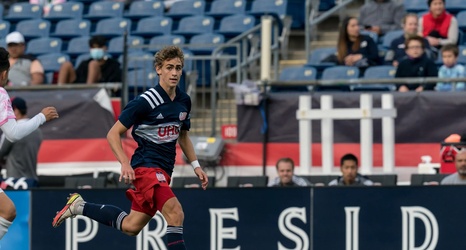 On Tuesday the New England Revolution announced that 16-year-old Noel Buck had signed with the first team and became the club’s eighth homegrown player.

The midfielder has been with the Revolution Academy since he was 12 and is the second-youngest Academy player to sign a homegrown contract behind Diego Fagundez.

At such a young age, Buck has a long career ahead of him. Bruce Arena and his staff can take their time developing Buck to be ready for MLS competition.

Buck seemed to acknowledge this when asked about the jump from Revs II that was made by players such as Jon Bell and Maciel.