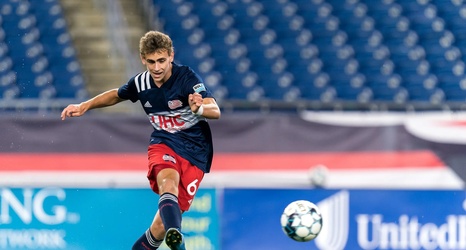 Diego Fagundez may have left the club for greener pastures down in Austin but he continues to affect the New England Revolution organization.

On Tuesday the Revs announced that they had signed 16-year-old midfielder Noel Buck. Buck is now the second-youngest homegrown player to sign with the club since Fagundez.

The midfielder was asked about the impact of Fagundez on his career when he met with the media for the first time.

“I remember Diego because I remember when I was like 10, he came to one of my games when I was with my club team, NEFC, and I actually got his autograph on one of my cleats and I still have that cleat today, so he has played a major role,” said Buck.