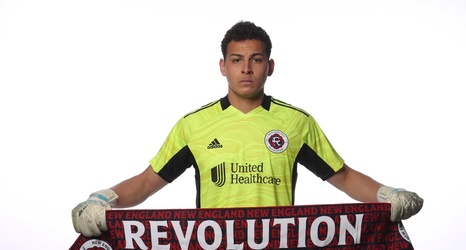 Seeing Jacob Jackson launch himself in the air to make a great save on Thursday, you likely wouldn’t think he was a rookie.

But the 24th overall selection in the 2022 MLS SuperDraft signed his first-team contract a few weeks ago (February 15) and has shown what he is capable of.

The 6’2” goalkeeper born in Escondido, California said that training has been intense but he feels he has already made improvements as a player. He credits New England Revolution goalkeeper coach Kevin Hitchcock, who Jackson describes as the best goalie coach he has ever worked with.