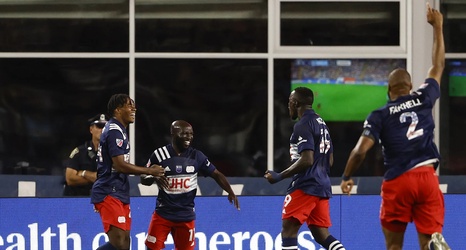 It was a beautiful September evening, and New England Revolution fans will probably say the same thing about the scoreline.

New England faced off against one of their biggest competitors in the Eastern Conference, NYCFC. Now playing on an actual field built for football, the Revs were looking to exact revenge after dropping points at Yankee Stadium in a 2-0 loss at the end of August.

Revolution fans will be happy to have seen Matt Turner make his return to the starting XI, but let’s take a look at how New England lined up against New York

The Revs are taking things slow with Carles Gil which gives Wilfrid Kaptoum a chance to possibly earn some more minutes.