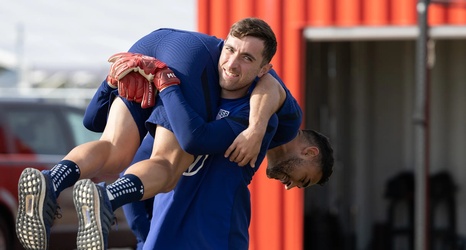 The United States Men’s National Team announced its roster for upcoming World Cup Qualifying matches and January and both Matt Turner and Sebastian Lletget made the cut.

Turner has become a fixture in the roster with 13 starts in 2021 (most by a USMNT goalkeeper in a debut year). The Revolution goalkeeper found success as he boasts a 10-1-2 record with nine shutouts.

Lletget is more of a veteran on the international level with 33 caps to his name. The midfielder has eight total goals in his USMNT career scoring four goals in 16 caps during 2021.