Matt Turner discusses his move to Arsenal for the first time 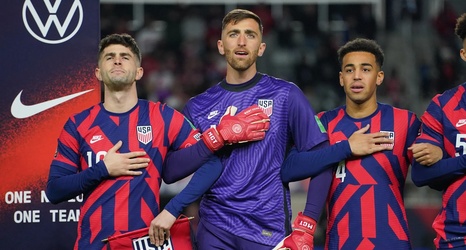 New England Revolution goalkeeper Matt Turner met with the media on Thursday but the MLS club wasn’t talked about that much.

This was the first time that the goalkeeper spoke since it was announced by the Revs that Turner would be heading to Arsenal in the summer.

The 27-year-old broke down how the transfer to the English Premier League ended up happening.

“In terms of how the whole transfer saga went down, yeah, I mean, I was obviously at camp with the [United States Men’s] National Team and I had heard of rumblings of interest over the past few months, but it always seemed like a longshot,” he said.