Luis Caicedo and Colin Verfurth officially out of contract 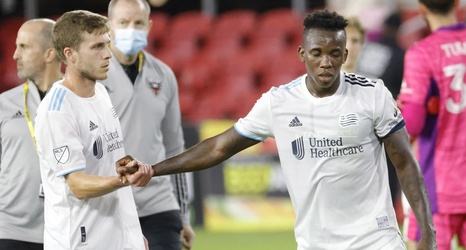 Defender Colin Verfurth and midfielder Luis Caicedo are officially out of contract with the New England Revolution. The club confirmed Monday afternoon after posting two graphics to their social media channels to thank the two and wish them the best in their future.

Colin Verfurth, 25, became the first player to transition from the Revolution’s development team, Revs II, to the main roster after signing a first-team contract in July of 2020.

While on a first-team contract, Verfurth spent most of his time with Revolution II as he made 19 appearances with Revs II in 2021.