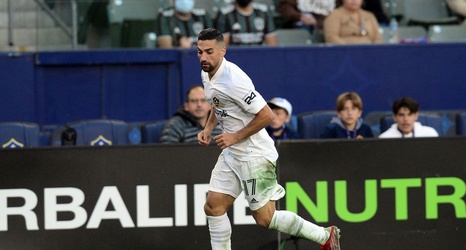 Matt Turner tempered his emotions when he first heard that Sebastian Lletget could be traded from the L.A. Galaxy to the New England Revolution. After all, rumors don’t always come to fruition in the world of soccer.

But as the trade became more likely to happen, the goalkeeper couldn’t help but be excited.

“[Turner] didn’t jump on it right away, because these things fall through all the time,” Lletget told media on Thursday. “I think once I kind of gave him more of a hint of, ‘Hey, man, it’s looking possible. It’s definitely a big possibility that this is going to happen.