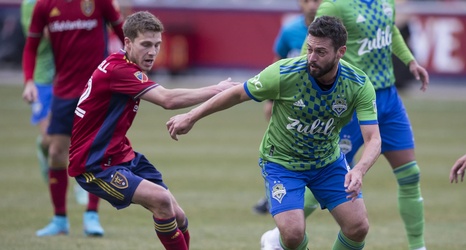 Scott Caldwell traded in his usual navy and red for claret and blue and it seems to be working out for the Braintree, MA, native and former New England Revolution homegrown.

Just a couple of games into his Real Salt Lake career, Scotty has two starts, 179 minutes played, and two yellow cards in two games which are numbers sure to make Kyle Beckerman and Jermaine Jones proud.

It was very clear last year that Scotty wasn’t going to be getting playing time over Matt Polster at holding midfield but only getting two starts and not even 200 total minutes last year clearly meant he wasn’t being rated by Bruce Arena and the Revs staff.