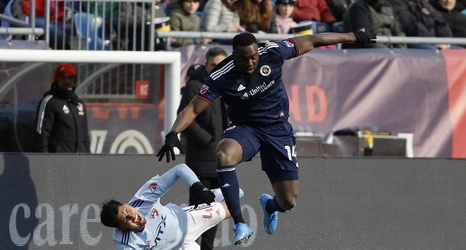 There were some skeptics when it was announced that the New England Revolution had signed Jozy Altidore to a multi-year deal, but the veteran striker has come to the club and has done all the right things.

Interacting with teammates, Altidore seems revitalized and happy to be in New England. You’ll likely find him smiling and joking with teammates during training and the same can be said for when he speaks to the media.

Altidore came into Saturday’s match in the 70th minute replacing Tommy McNamara. While he got a yellow card less than a minute after entering the game, he also got involved with the attack.