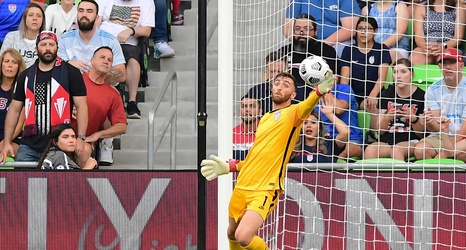 Jay Heaps was the head coach of the New England Revolution when Matt Turner joined the club in 2016. The future U.S. Men’s National Team goalkeeper went undrafted after playing collegiate soccer at Fairfield University. Although he never made a start for Heaps, Turner’s talent was always evident.

“We just put [Turner] in goal to stop shots during practice. His feet were a little behind, but man, he could make a save at any time,” Heaps recalled during an interview with The Bent Musket in October.

In 2016, Turner was supporting veterans Bobby Shuttleworth and Brad Knighton as well as Cody Cropper, who came from Europe.