Here’s what we know about Matt Turner’s injury 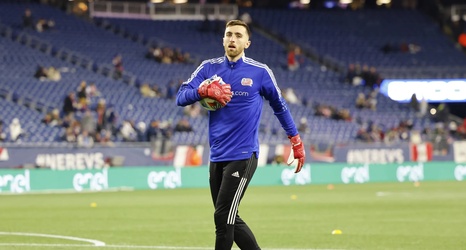 WBZ CBS sports reporter Levan Reid raised eyebrows on Tuesday when he reported that Matt Turner has an undisclosed foot injury. Reid said that the netminder hasn’t been an active participant in training and “it’s not sure if Matt Turner will be in net when the team goes on the road to take on Portland.”

On Thursday, my colleague Sam Minton noted that Turner wasn’t training with the team. One day later, I asked for an update from head coach and sporting director Bruce Arena.

“I’m not interested in talking about any injuries with the players,” Arena said when asked about Turner’s injury and if he traveled with the team.