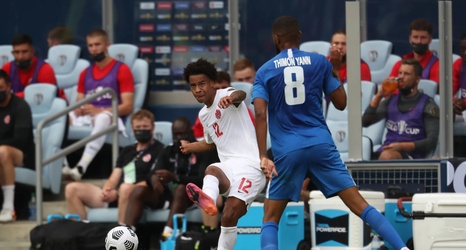 The Revolution midfielder would earn his fifth cap and his second start for the Canadian National Team as he was a part of Sunday’s starting XI.

Similar to when dawning a Revs jersey, Martinique did everything in their power to halt the Brampton native. Buchanan would be fouled three times throughout the first 45 minutes of the match.

Buchanan looked to get the ball rolling early in the match as he advanced the ball into Martinique’s box.