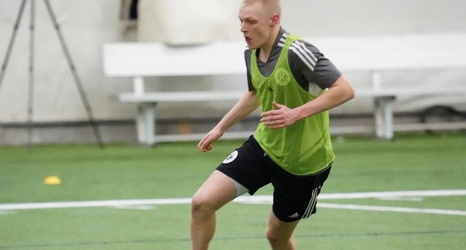 The Revolution’s return to the Socios.com Training Center on Monday also saw the return of many familiar faces. Amongst the returning crop from 2021’s Supporters’ Shield club and the new additions made throughout the offseason, preseason beginnings have introduced four new faces from MLS NEXT Pro-side Revolution II as Noel Buck, Connor Presley, Jake Rozhansky, and Ryan Spaulding have joined the first team in early preseason events.

16-year-old midfielder Noel Buck comes into preseason after being named the UHC Revolution Academy Player of the Year. Buck ended the 2021 USL League One as only one of two Revs II players to appear in all 28 matches.