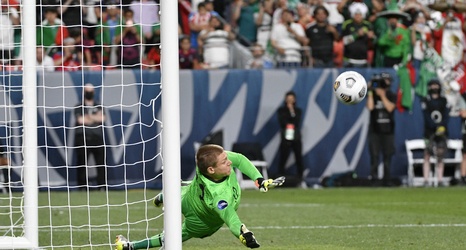 Sunday was an amazing night for United States Men’s National Team fans. The Americans were able to win the CONCACAF Nations League and a new star emerged at goalkeeper.

When talking about the No.1 goalkeeper for the USMNT, most of the conversation surrounded Zack Steffen. The Man City keeper had a lock on the position up until recently.

New England Revolution goalkeeper Matt Turner got his first start for the stars and stripes earlier in the year. Playing in a friendly against Trinidad and Tobago (who were recently knocked out of 2022 World Cup qualifying) Turner got his first international win making a key save on a penalty kick.