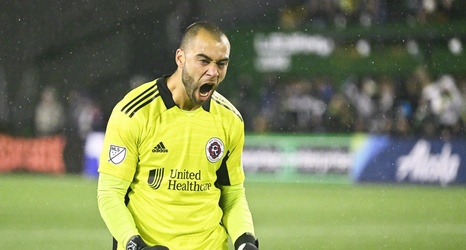 With Matt Turner out due to an injury, Earl Edwards Jr. started in between the sticks for the New England Revolution’s 2022 MLS season opener and he didn’t disappoint.

Saturday was Edwards Jr’s first start with New England and also his first MLS start since 2018 when he was with Orlando City. A matchup against the Portland Timbers, who were crowned the champions of the Western Conference in 2021, would be a big test for the 30-year-old.

While he had such a long layoff between MLS starts, the goalkeeper said that he felt prepared entering Saturday’s matchup.