Does the Bou signing mean the Revs are getting serious? 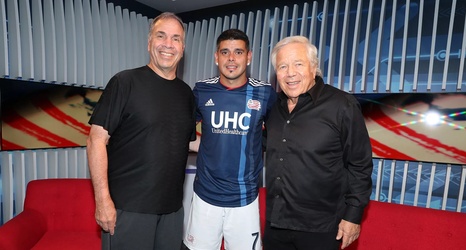 The addition of Gustavo Bou brings a talented attacker to New England, but it could mean so much more about the direction of the club.

It’s long been said that the New England Revolution are stuck in MLS 1.0. They don’t have a soccer specific stadium, can’t attract star players, and don’t always make the playoffs.

The club’s most positive moment from the last decade came in 2014 when they made a run to the MLS Cup Final. They ultimately lost, an outcome they’ve experienced a total of five times.

That moment could’ve been a catalyst for change as it largely occurred due to the signing of U.