DeJuan Jones off to hot start in 2022 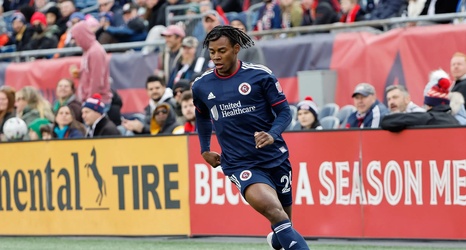 DeJuan Jones has been the best player on the New England Revolution roster. He has taken the moment that he built in 2021 and has continued to excel in 2022.

Jones has played 270 minutes this season and has an assist to his name. In MLS he has completed 84 percent of his passes, nine clearances, four key passes, and two interceptions.

The left back also had a dominant performance against Pumas UNAM completing 89 percent of his passes along with 71 touches and six recoveries.

“Yeah, I think it has been pretty good,” Jones said about his performance this season.