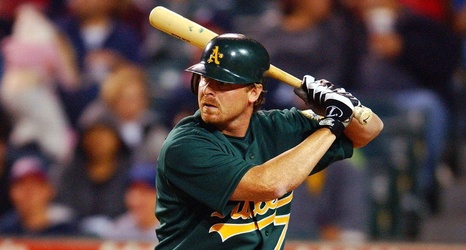 Giambi, 47, died Wednesday at his parents' home in suburban Claremont.

The cause of death was a gunshot wound, according to the coroner's online case records.