Canada takes Leg 1 with a 1-0 win over Haiti 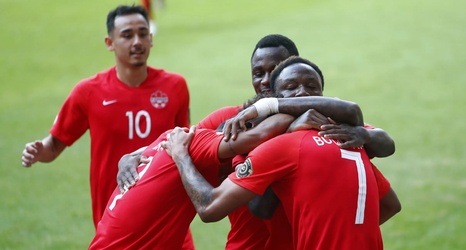 Coming off a 4-0 victory over Suriname, Revolution midfielder Tajon Buchanan and Team Canada returned to action as they took on Haiti in the first leg of CONCACAF World Cup Qualifiers.

Although coming on late during the previous win over Suriname, Tajon Buchanan has been a factor for Team Canada throughout qualifying after assisting on two of seven goals during Canada’s 7-0 win over Aruba.

Tajon Buchanan would start Saturday’s matchup on the bench after being on the bench for Canada’s previous match against Suriname.

Team Canada would come out strong on offense to begin the match.