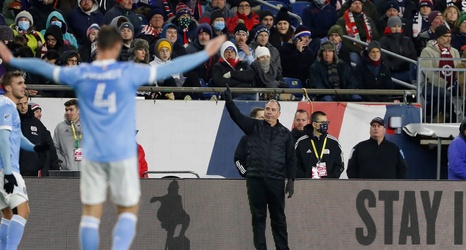 Bruce Arena can be a man of many words, but sometimes all he needs is one.

One word made up of two letters was able to sum up his feelings when asked if he regretted waiting so long to make his first substitutions.

In a game that went to a shootout, Arena didn’t make his first substitution until extra time. Maciel replaced Matt Polster who was on a yellow card and Arnor Traustason replaced Tommy McNamara who had a mediocre performance on Tuesday night. The same could be said for Traustason as he was replaced by Teal Bunbury in the 114th minute after failing to make an impact.