Brandon Bye: Revs-Union has always been a rivalry 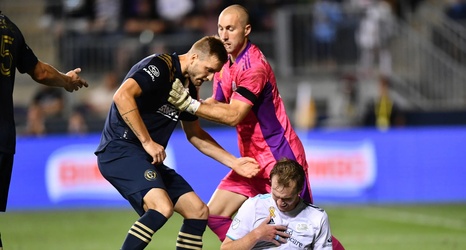 One thing is clear after New England’s latest matchup against the Philadelphia Union, the two teams don’t exactly like each other.

There were numerous occasions in Saturday’s matchup where tempers flared. Whether that be Carles Gil getting upset after being fouled or Henry Kessler both kicking and throwing a ball into the stratosphere which led to him being chased down the tunnel at the end of the match.

New England has faced Philadelphia three times this season and it seems like the pot is starting to boil. The Revs faced the Union a whole bunch last season as a restricted schedule due to COVID-19 meant that teams faced a small number of opponents multiple times.